When I was working as an HR Manager, I came across a famous quote – ‘People don’t quit jobs. They quit their bosses.’ Sounds right out of a quote book but this is actually true! I have been fortunate to meet some amazing bosses who have been true leaders and not mere managers and guided me through my corporate career. I never felt the need to ‘quit my boss.’ Also, when I would meet my friends over the weekend and talk about an encouraging and motivating work environment, they would usually look at me with disdain! Over time, I realized that the reason was that they were dealing with some really tough bosses at their workplace. Some of them had rage issues, favoritism, or behaved like outright dictators!

In my previous blog, I had discussed how to deal with ‘horrible’ bosses. While publishing the blog, I didn’t realize a more pertinent issue that most people were facing – how to identify a tough boss. At the end of the day, you can save yourself from the wolf if you can spot it in the sheep’s clothing, right? None of us want to wake up every morning and dread going to work, because our boss is making our lives miserable. Working for a bad boss can in fact be very stressful, and could also lead to health problems. Today, I am going to list a few points that might help you identify the kind of boss you work for.

While the name is self-explanatory, allow me, to highlight the characteristics of a self-absorbed boss. Such bosses follow a simple mantra:

“My promotion is the only thing that matters. My team is here to help me look good in front of my bosses and their growth depends on my growth.”

They will do anything to climb the corporate ladder. They don’t really care about the team or their subordinates. Such bosses will always try to consider the company’s point of view alone and will be inconsiderate towards their own team.

While many employees try to brown-nose such bosses, it is usually a counterproductive ploy. The best way to handle such bosses is to complete your tasks based on your KRA and avoid any confrontation. Keep a record of your work and use it during appraisals to move up the ladder. Remember, if your boss isn’t helping you grow, you need to step up and forge your path ahead.

Many of you would come across a boss who would stop you even if you are leaving for the day on time and sarcastically ask you, “Are you leaving early?” Sounds familiar? I like to call such bosses the ‘Overtime Bosses.’ Such bosses don’t believe in working smart and assume that if they work late, then the senior management will believe that they are working hard and values their job. In fact, they also make their team work late. Efficient working is not synonymous with such bosses.

With such bosses, it is important to draw the line when it comes to working hours. If you make exceptions and stay back late frequently, you might encourage him to hand over ‘urgent’ tasks minutes before you have to leave for the day. While some roles like IT might have urgent tasks at the last moment, for most other roles things can wait until the next day. Ensure that you finish all your tasks on time and stick to office hours.

The Boss who plays favorites

These bosses are the easiest to spot. They are highly biased in favor of some team members and completely ignore others. Further, they go out of their way to help ‘their favorites’ to complete tasks. Also, they make certain important resources available to them, making it easier to complete the work. Unfortunately, these benefits are not made available to others. Even when it comes to important meetings, only the favorites are made a part of them and the rest are cut off. Such bosses tend to create a rift in the team.

The first thing you shouldn’t do is bad-mouth such bosses and unionize the rest of the team. This can be bad for your career. Instead, try to make the best of the resources available to you and ensure that you express no animosity towards the preferred employee(s).

The classic ‘giving responsibility without the decision-making authority’ kind of a boss. In fact, decision-making is still far away. These bosses never let their employees work independently. They think that you don’t have a mind of your own and interfere (or intervene) at every stage offering suggestions to get the task done. These bosses can be tricky to identify since some of them might have good intentions and want to help their team members improve by offering constant feedback. On the other end of the spectrum, insecure bosses will try to micromanage too. The key lies in differentiating between them. If you sense insecurity in your boss and a sense of concern that you might do the task much better than him/her, then he will try to interfere at every stage and get you to complete the task in a certain way. This would be the micromanager that you need to be careful about.

While drawing lines is essential, you need to understand that such bosses can be hard to keep away. Handling such bosses requires confidence in the way you do your job and assertiveness and wanting to continue doing so without sounding resistant to new ideas or suggestions. Getting such bosses to give you space to work will require a consistent effort. Also, if your boss is insecure and micromanaging to overcome it, then keep a log of all the tasks that you do during the year and use the data to present your performance during appraisals.

If a team does well, then the boss did a great job. On the other hand, if it failed to perform, then it was the team’s fault since they didn’t listen to the boss. Familiar with bosses having this mentality? These are what I call the credit-snatching bosses. Their favorite phrase is ‘I told you so’ even if they never did! These bosses can criticize at the drop of the hat but praises would be rare to come by. In fact, they truly believe that the success of their teams is always their doing and failures are because the team didn’t listen to them.

While such bosses can push employees to perform optimally, constant criticism can dent your self-confidence. Hence, it is important to listen to such bosses objectively and focus on your job instead of who the boss is giving credit to. Remember, your career growth will be determined by your prowess at your job and not by the perception of your boss alone. Keep a record of your achievements and failures and have a data-driven talk during appraisals.

This is the worst type of horrible boss one can find. Such bosses twist the truth or even lie blatantly to suit their needs. They can claim things they never said or deny clear instructions given to you if something goes wrong. They never take responsibility for errors in judgment and make their team members scapegoats during crises.

If you have to deal with a boss who backtracks, never take anything he says at face value. It is advisable to get everything documented either via a phone message or email and always keep track of your interactions / conversations.  By doing this, you have a record of what your boss has communicated with you. Hence, when they pick on you, you can always go on record and say that it isn’t true.

I can call such bosses ‘the angry young man/woman’ boss. While we can jest about them, having a temperamental boss can be a nightmare. When you work, mistakes are bound to happen. While acknowledging the mistake and correcting them is the right approach, some bosses are incapable of keeping their temper in check and have zero tolerance for errors or mistakes. They tend to blow their tops and shout and yell at the employee. They are capable of creating a scene in front of the entire office damaging your confidence and sense of self-worth.

The first thing that you need to keep in mind while handling such bosses is that under no circumstance should you lose your cool too. Think Gautam Buddha. Maintain a calm demeanor and try to listen to him objectively. If you are at fault, make a mental note of things that you did wrong. Once the ranting and raving are over, send him an email acknowledging your error and specifying steps that you plan to take to ensure that it doesn’t recur. Also, politely mention that in case of any other error in the future, you would appreciate it if he could share the feedback personally and make it more result-oriented, rather than reprimanding publically.

If you are working with someone with any one of these traits, it can be emotionally draining and affect your performance at work. Hence, it is advisable to come up with coping mechanisms to ensure a stress-free work environment. If possible, talk to your boss and address your concerns. In all probability, he might just understand and take corrective action. Remember, negativity can create havoc in all aspects of your life. Hence it is imperative to find techniques to remain positive. Your future self will thank you!

P.S- Do share this article and subscribe to our Blog! Our Facebook page is a great place to ask questions, get advice, and learn more about having a successful career. Do leave your comments, questions, and suggestions on what would you like to hear more about. Don’t forget to follow us on Twitter/Linked In. You may go to https://changeurstory.in for more details and to hire a Coach, you may contact us at contact@changeurstory.in 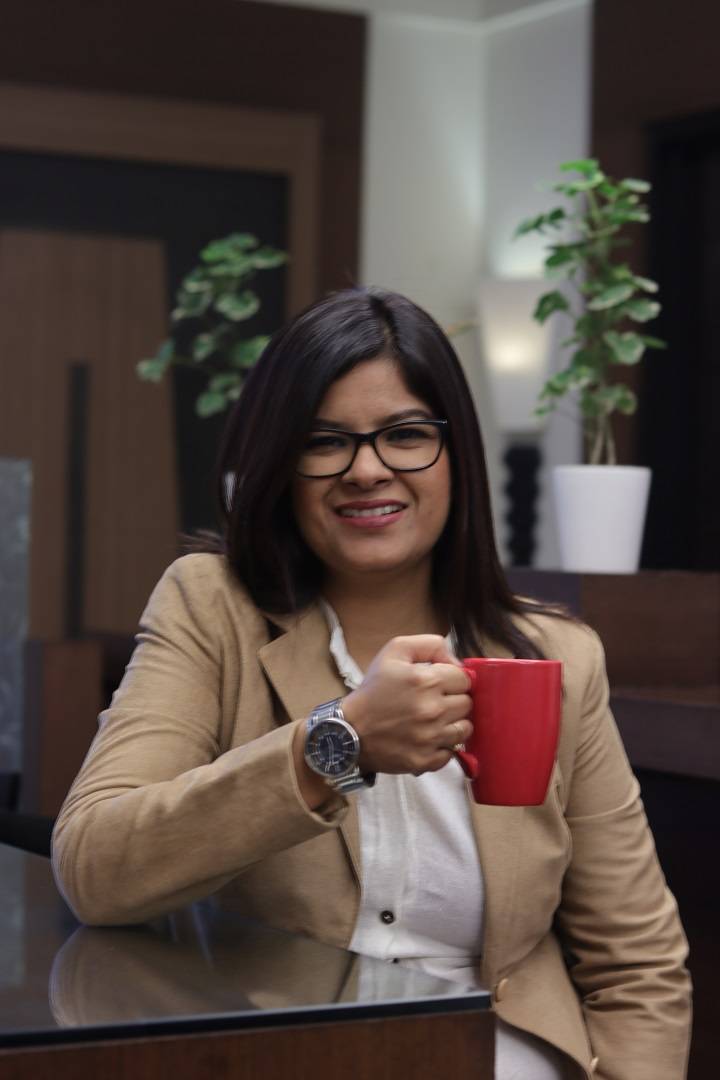 Connect to Me now...